Our mission is to build healthy indigenous leaders, which results in disciples making disciples and church plants, to reach the neglected people groups in Asia.

e3lg promotes, leads, and coordinates cross-cultural missions both within the United States and internationally as “Short-Term Missions” (STM).

Would you consider financially supporting this work?
Help us cover expenses to these distant lands! 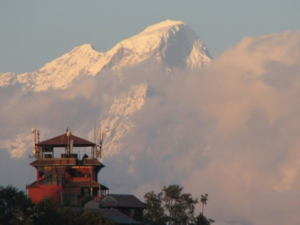 “We’re a group of Nepalese and internationals who love adventure and the people of Nepal – especially the people. We think everyone should experience the beauty of this nation and help the people while they are here. Through responsible travel, we believe community partnerships result in a better life for everyone. We want to leave Nepal better than we arrived. We think you do too.” – FIVE 14 Nepal

“Famous for its high peaks and wind-whipped prayer flags, Hindu-majority Nepal used to be a nation un-reached by Christianity. Now the country has one of the fastest-growing Christian populations in the world.” — World Christian Database

What Will We Do?

Partner with a Grace Church (a Nepali Church) in Kathmandu and with Run Global. Our focus will be to set up an Olympic Character Camp: Play, Story, Eat.

We will host an eye-glasses clinic at the Hope Nepal Children’s Home, and also host the Olympic Character Camp.

We will also trek to a mountain village to setup our eye-glass clinic.

We will have opportunities to be a part of leader development themes from the church and business world.

When Will We Do It?

Are you fit to travel?
Do you want your faith to grow?
Do you like adventure?
Do want to help reach the un-reached people groups with the Gospel?

What Will It Cost?

Depending on airfare — approximately $2,500.

If interested, please use the STM Volunteer Application for all trips.
(There is a $15 non-refundable fee required for each application, processed through PayPal.)

ASIA INFUSION – LEADING TO ONE YEAR MISSION
Partner with Asian churches for missions in East Asia, Hong Kong, Taiwan, and 13 other cities.

JAPAN
Teams went in May and late June to help with T4T outreach, group launching, and encouragement.

TAIWAN
Seven days guided around Taipei by non-Christian college students seeking to learn about our culture and beliefs. Relational evangelism and T4T.

Would you consider financially supporting this work? Help us cover our expenses to these distant lands!